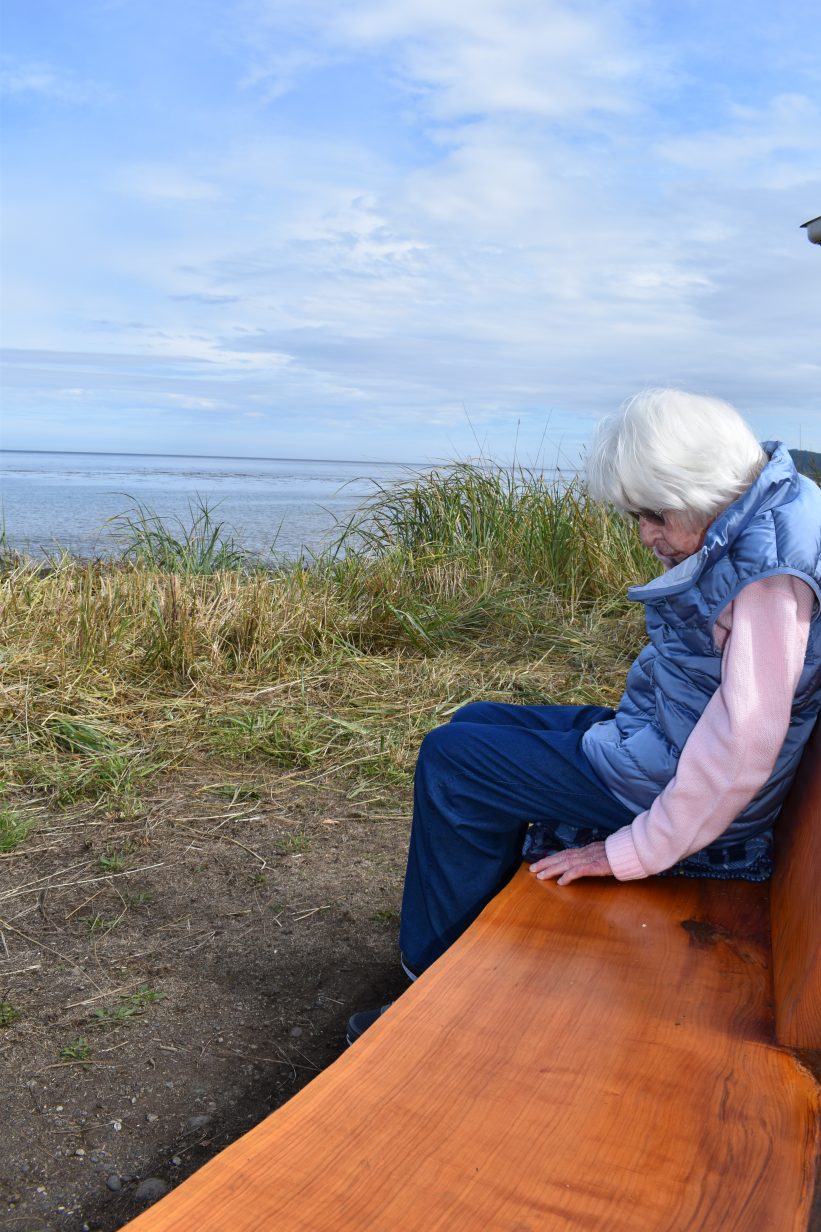 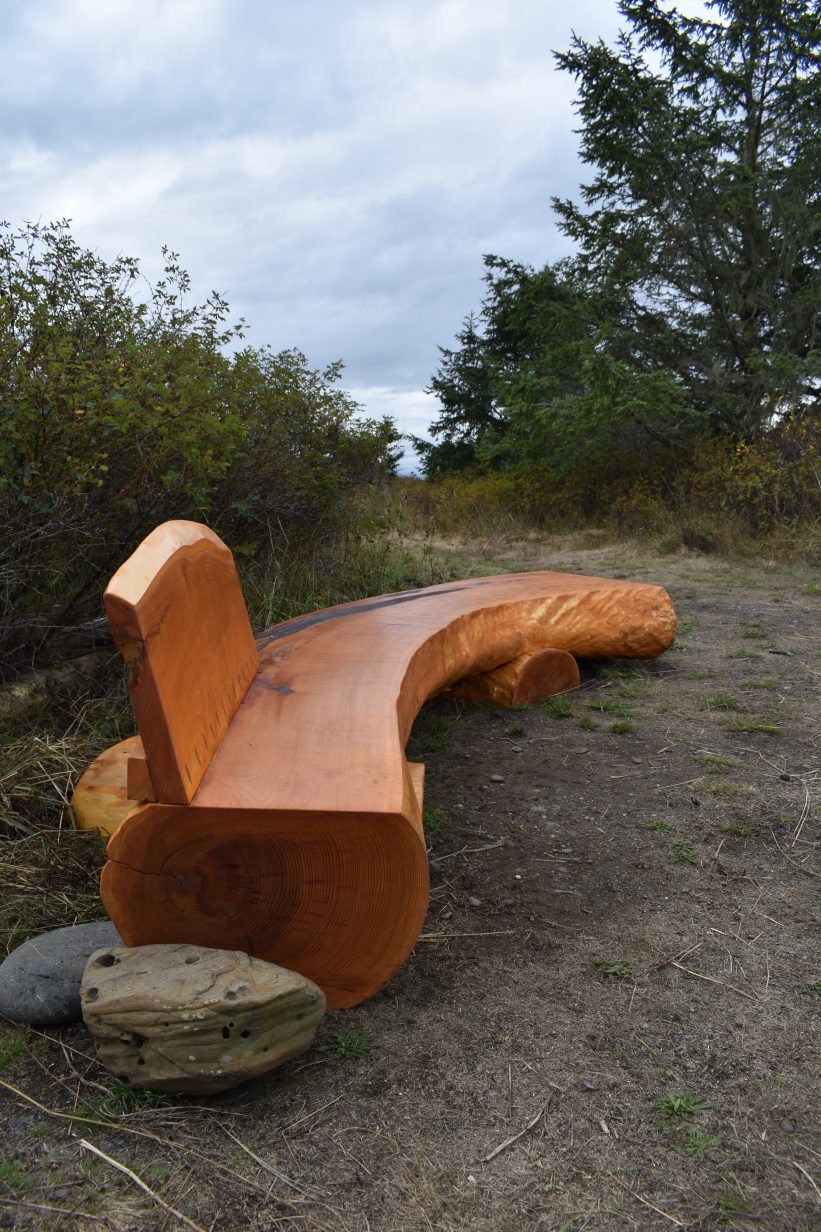 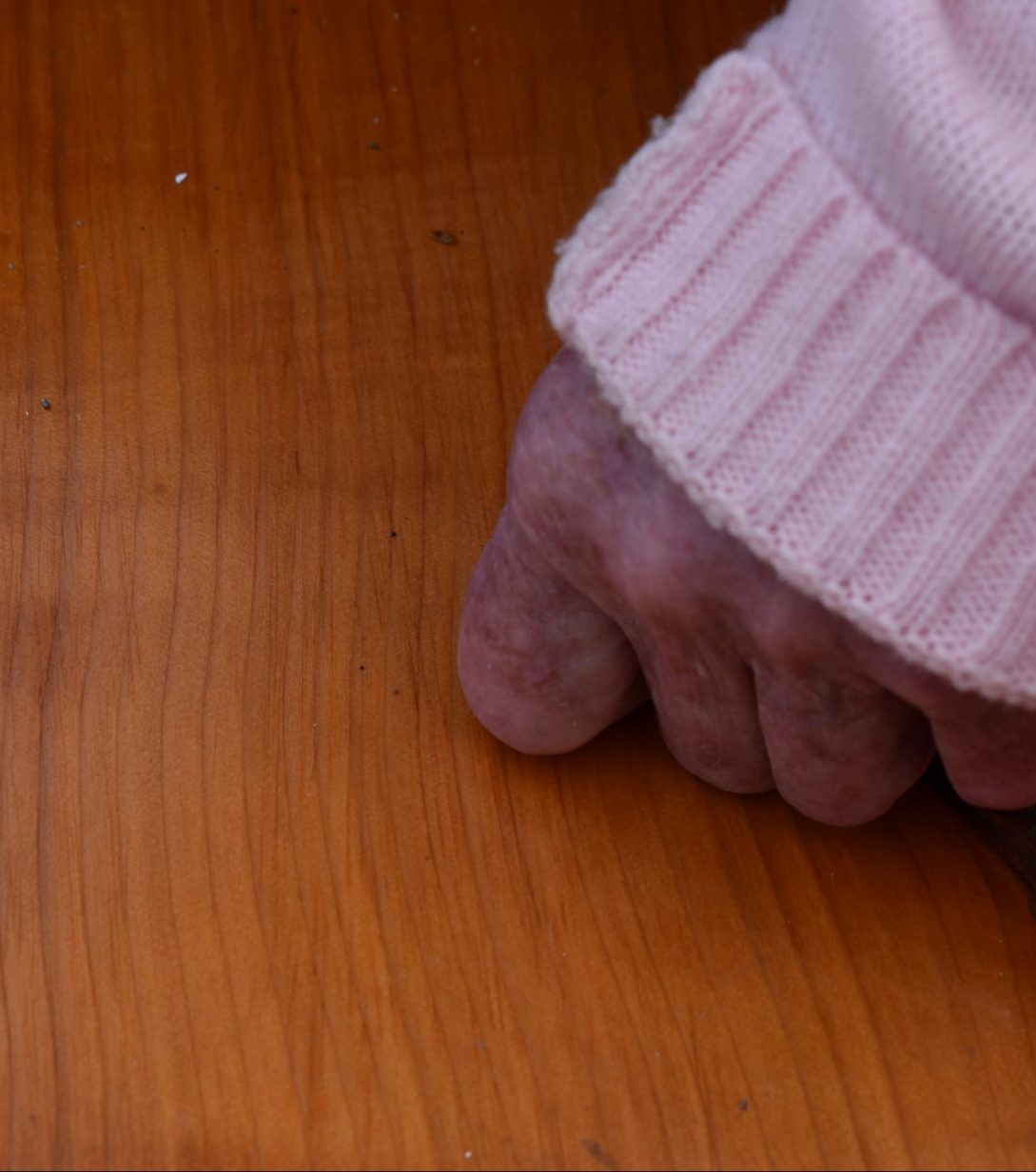 The Land Trust is pleased to announce a very special new bench at the shoreline of the Lyre Conservation Area. A beautiful medley of form and function, this bench was placed in honor of Lois Schaefer and Winifred Mayes, two extraordinary sisters whose contributions to art and conservation span a full century of generosity.

In late January of this year, we were deeply saddened to learn of the passing of Lois Schaefer. A resident of Sequim, Ms. Schaefer was an extraordinary member of this community. Born in Yakima in 1924, she moved to the East Coast to pursue her passion for music. She graduated from the New England Conservatory for Music and was a principal flutist with the Chicago Symphony and then the New York City Opera Orchestra. From 1965 to 1990 she was the piccolo player for the Boston Symphony Orchestra. Ms. Schaefer was best-known for her frequent appearances with the Boston Pops, where she led the famous piccolo obbligato in “The Stars and Stripes Forever” more than 2,000 times. The Land Trust was humbled to receive a generous bequest in Ms. Schaefer’s estate, to be used toward the long-term stewardship of locally conserved lands.

Ms. Schaefer’s older sister, Winifred Mayes (also of Sequim), has an extraordinary story of her own. Mrs. Mayes was the first female strings player to be hired by the Boston Symphony Orchestra, playing cello with the BSO until 1964, when she moved to the Philadelphia Symphony. Upon her sister’s passing, Mrs. Mayes contacted the Land Trust to initiate an honorary bench to be placed at the Lyre Conservation Area. The donation of a beautifully curved Western Red Cedar log from the Backcountry Horsemen, combined with the incredible craftsmanship of local woodworker (and Land Trust stewardship volunteer) Steve Langley resulted in a stunning bench that captures the spirit of the Pacific Northwest and reflects the artistic talents of the sisters who it honors.

In September, Land Trust staff were honored to accompany Mrs. Mayes on a visit to the new bench to share a moment of reflection on the combined legacy of art and nature that is an inspiration to us all in these challenging times.

December update: The Land Trust was deeply saddened to learn of Winifred Mayes’ passing on December 15, 2020, and are immensely grateful for the time we were able to spend with her this fall. The Land Trust was honored to be listed as a recipient for gifts in her honor. Mrs Mayes obituary can be viewed here.