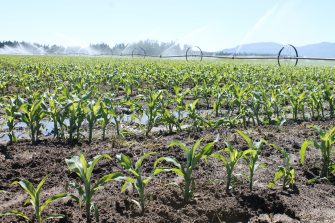 Feed is grown on Wonderland & The 80 to support one of Clallam County’s two remaining dairies.

After the launch of a community campaign for farmland conservation in early September, North Olympic Land Trust met its $180,000 goal.

“The Friends of the Fields Campaign reinforced that our community values its farmland, and willingly invests in the lands that define the Olympic Peninsula and our way of life,” Tom Sanford, Land Trust executive director, said. 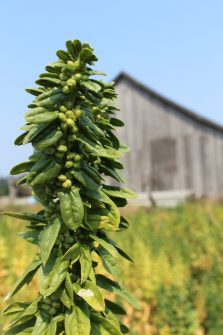 Spinach seed being grown on Wonderland & The 80.

More than 230 donors contributed to the campaign that’s now providing the Land Trust with the financial confidence and community backing it needed to pursue final steps to conserve Wonderland & The 80.

At 132 acres, the farm will be the largest, singular piece of farmland conserved in Clallam County. Land Trust officials expect to finalize its conservation in early 2019. Once complete, Wonderland & The 80 will join a tapestry of 17 diverse farms already conserved, such as the Historic Ward Farm, Finn Hall Farm, Freedom Farm, and Dungeness Valley Creamery. Collectively, the Land Trust has conserved more than 520 acres of farmland within the County.

Since 1933, Wonderland & The 80 has been farmed by five generations of the Smith and Schmuck families. Today, the property grows feed critical to one of Clallam County’s two remaining dairies, as well as barley and a variety of seed crops.

“We’re in awe of the overall response to our public call for support, and the generosity that came through the 19th Annual Harvest Dinner, 21st Annual Clallam County Farm Tour, and private conversations,” Sanford said. 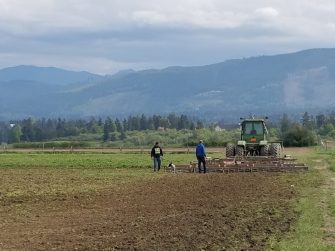 Fifth generation Clallam County farmers at work on Wonderland & The 80.

The support gleaned not only leverages secured State and Federal grants earmarked for Wonderland & The 80, but also allows the Land Trust to turn its attention toward additional projects on the horizon.

“We’re also working toward the conservation of three additional farms, as well as properties along Morse Creek, the Elwha, Dungeness, Calawah, and Clallam rivers,” Sanford said. “Continued efforts to conserve lands that sustain the communities of Clallam County would not be possible without such incredible support from the local families and businesses that made this fundraising goal possible.”