Clallam County would be a very different place without the ongoing efforts of the Clallam Conservation District. 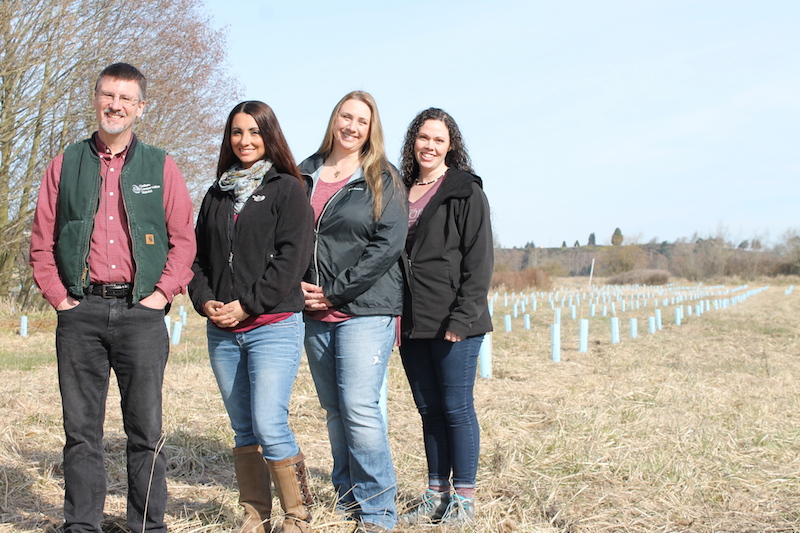 now mostly piped, thanks to the Conservation District’s work with the local irrigation districts and companies. Piping the majority of the irrigation ditches has had multiple benefits for local water quality and conservation.

“I think going back about 20 years, the irrigators have reduced their annual diversions from the [Dungeness] River by about 50 percent,” said Joe Holtrop, Clallam Conservation District executive director. “Also, piping in areas where we have enough pressure means people don’t have to use pumps anymore, which reduces energy consumption.”

“PIC is a strategic way of dealing with water quality problems, especially now that all the low hanging fruit has been picked,” said Holtrop. “We still have pollution problems, but it’s really hard to figure out why, so PIC is critical for that. And, one of the beautiful things about PIC is the collaboration that comes along with it.”

Water quality and conservation is not the only focus area of the Clallam Conservation District, however. For 59 years, the Conservation District has been working within communities across Clallam County to help landowners conserve natural resources. Via a variety of programs and onsite assistance, they provide educational, technical and financial assistance to community members to help them achieve their land use goals in an environmentally sustainable manner.

The Clallam Conservation District is involved with and/or spearheads a number of programs, such as aquifer recharge, natural landscaping workshops, the Conservation Reserve Enhancement Program (CREP), community climate resiliency, soil testing, farm conservation plan development, and collaborative work to implement an off-channel reservoir intended to maintain healthy flows in the Dungeness River – just to name a few. The Conservation District works with landowners of all types from urban, forest and farm landowners to those wanting to restore and improve riparian areas along streams or wetlands.

2018 Out Standing in the Field Award 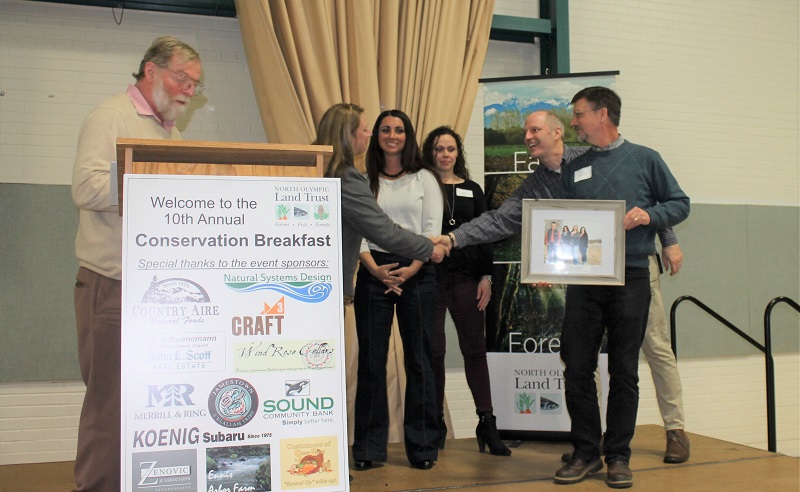 Every year, following a community nomination process, the award allows the Land Trust to recognize an individual or group that has made lasting improvements on the quality of life on the North Olympic Peninsula. Building on this tradition, the Clallam Conservation District is the fifth partner to be awarded the Out Standing in the Field Award. Past recipients include the Jamestown S’Klallam Tribe, Jefferson Land Trust, Dick Goin (posthumously), and the Lower Elwha Klallam Tribe and its Natural Resources Department.

For more information about the Clallam Conservation District and the programs, assistance, and upcoming workshops being offered, visit clallamcd.org or call (360) 775-3747.