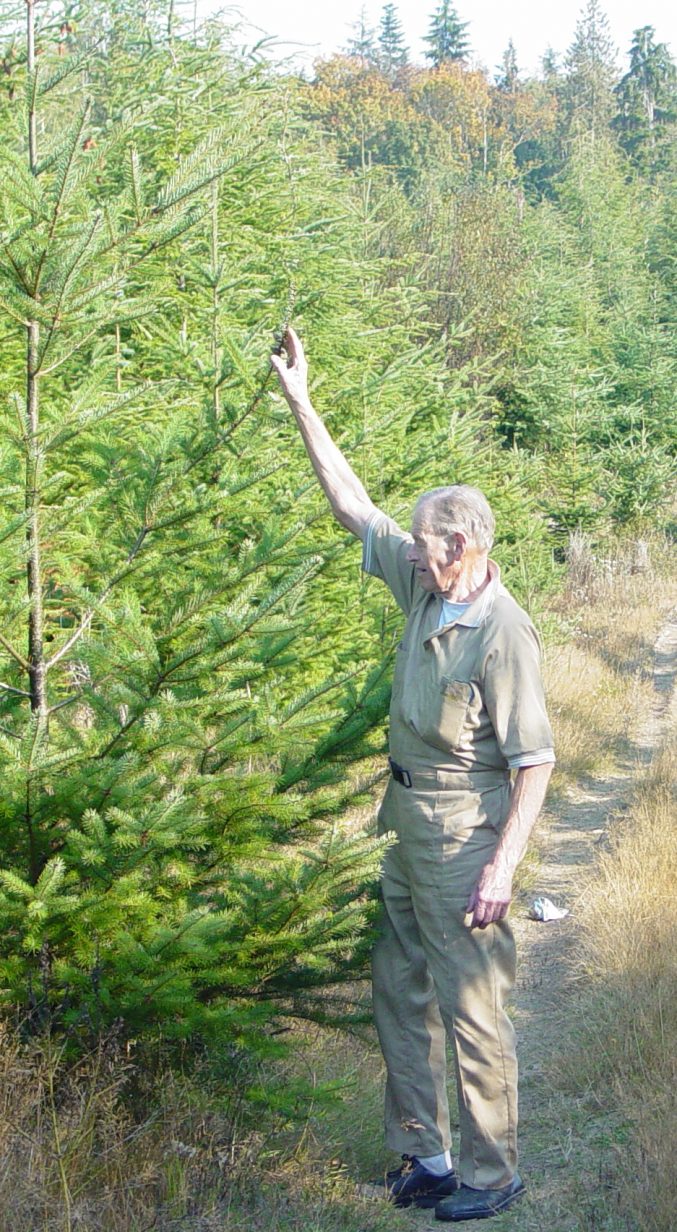 Before his death in 2007, past Clallam County Commissioner and veterinarian Harry Lydiard, left a legacy of land and lasting influence on North Olympic Land Trust.

“Harry has conserved more acres than any other individual with North Olympic Land Trust,” Tom Sanford, Land Trust executive director, said. “Harry’s dedication to maintain our region’s natural resources and his efforts to keep those resources available for future generations has helped shape the Land Trust’s overall appreciation for both working and wild lands.”

More than 300 acres of timber and farmland conserved with North Olympic Land Trust are a reflection of Lydiard’s land ethic.

“With the encouragement of John Willits, one of the Land Trust’s most enduring leaders, Harry seemed to find permanent land conservation a perfect fit for his dedication to the community, as well as local lands for planting trees, growing food and providing habitat,” Robbie Mantooth, friend of Lydiard’s said. “He took an active role in community meetings that sought to define what kind of improvements local residents wanted and won Port Angeles a national title as an ‘All-American City’.” 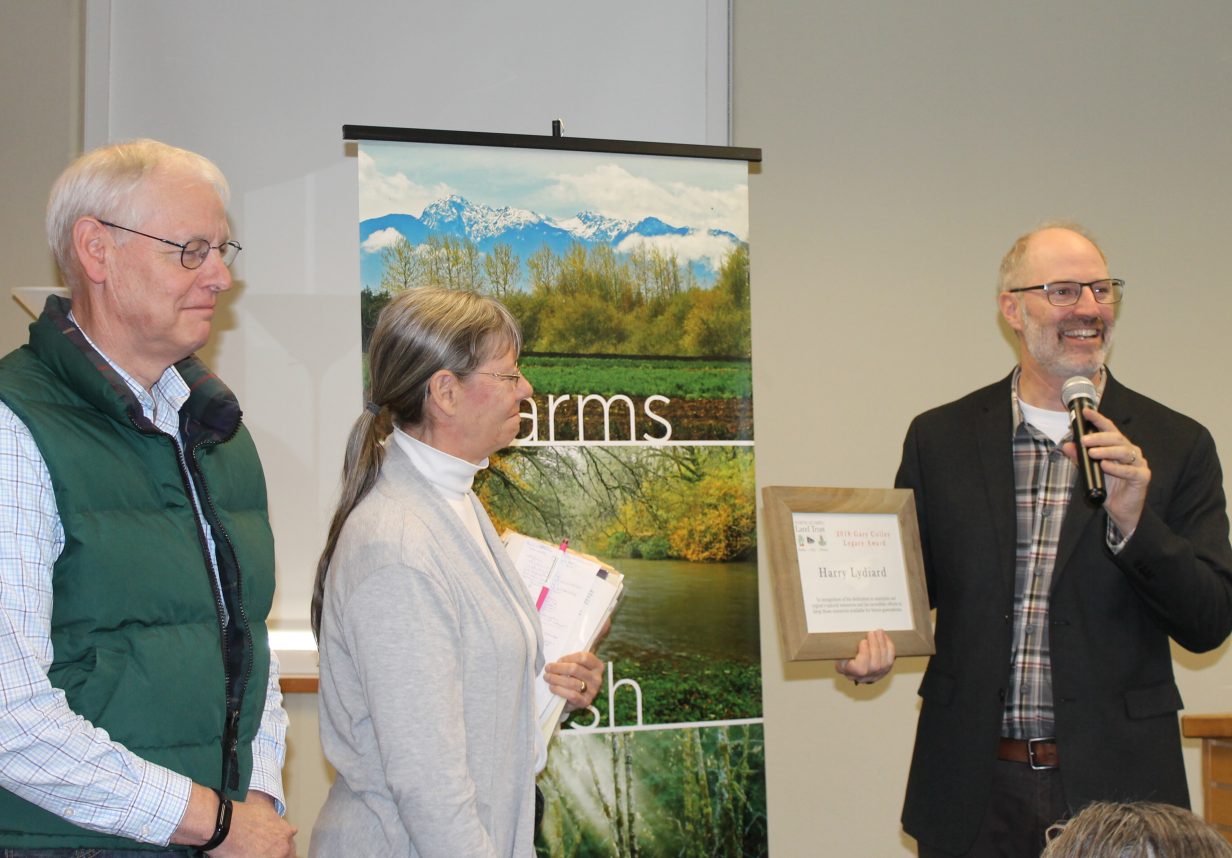 Two of Harry’s children Brian and Ann graciously accepted the award, which reads “In recognition of his dedication to maintain our region’s natural resources and his incredible efforts to keep those resources available for future generations.”

In recognition of Lydiard’s impact on the Land Trust and local landscape, Land Trust officials posthumously honored him with the Gary Colley Legacy Award at the organization’s 28th Annual Meeting on Nov. 17.

Named after its Founder Gary Colley, the yearly award is presented to those instrumental to the evolution of North Olympic Land Trust. Past award recipients include John Willits, founders of Friends of the Fields and Land Trust, Jim and Robbie Mantooth, and the Land Trust all-volunteer stewardship crew.

“Without these individuals, the Land Trust wouldn’t be the organization that is it today,” Sanford said.

Lydiard’s children continue to partner with the Land Trust to steward the lands their father conserved, including a property just east of the Elwha River that the Olympic Discovery Trail passes through. Another property, known as the Bell Farm is forever available for agriculture thanks to Lydiard. Today, farmers with Nash’s Organic Produce utilize Bell Farm.