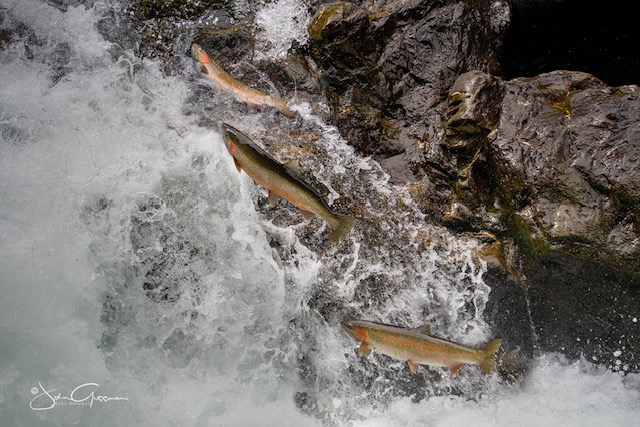 What are these “runs” all about?

Steelhead trout live the majority of their lives in the salty ocean, but return to fresh water rivers to spawn. Their migration home to rivers is called a run! The fish are known as anadromous, which is the amazing phenomena of being able to survive and adapt to life in both fresh water and salt water.

When making their runs, these fish return to the same river or stream that they were born in to spawn. Most species of salmon will die after spawning – they only make one run in their lifetime. However, Steelhead are unique in that they can make multiple runs in their lifetimes.

Steelhead have a lifespan of up to 11 years, traveling from rivers to the ocean and back. Though our human lifetimes are much longer than that – we can help protect fish during their lifespan by keeping our rivers, streams, and creeks clean.