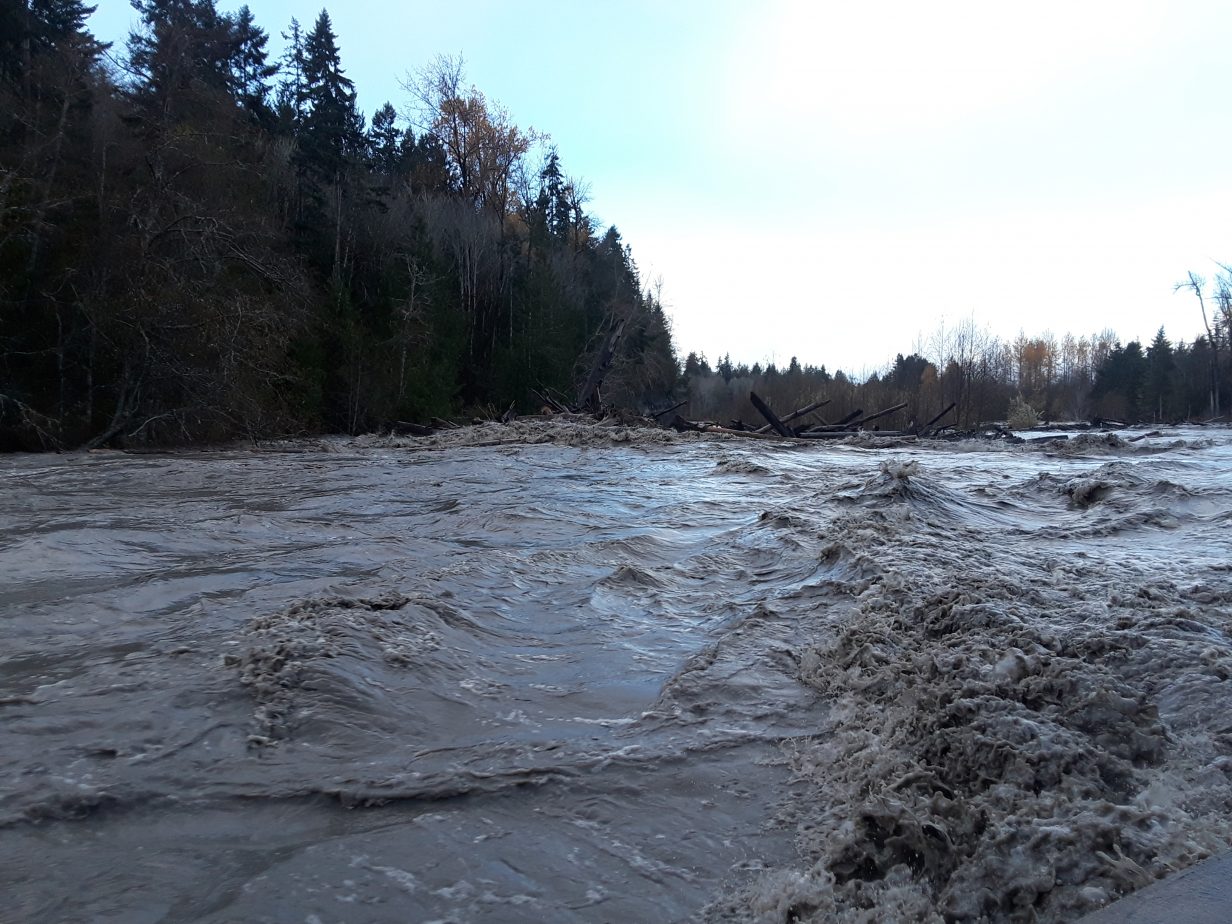 It used to be called the “Pineapple express” — the storm system that transports large amounts of  moisture from Hawaii to the West Coast from November through March — but now the seasonally occurring deluge of wind and water is more commonly referred to as an “atmospheric river.”  A particularly strong atmospheric river buffeted the Olympic Peninsula in mid-November and the area is forecast to be impacted by at least three others in early December.

According to the National Oceanic & Atmospheric Administration (NOAA), atmospheric rivers are an important source of water on the West Coast, but like the one that passed through the Peninsula in November, can bring record-breaking rains, flooding, and landslides. That they can stretch hundreds of miles wide and transport up to 15 times the amount of water vapor at the mouth of the Mississippi River illustrates the power and intensity of their impact.

While salmon are adapted to high water flows, raging floods on rivers can have a detrimental impact on spawning and rearing habitat by scouring incubating eggs from streambeds and displacing juvenile fish.

According to a  NASA-led study, climate change is projected to intensify weather events such as atmospheric rivers, making them longer and wider, and more frequent. 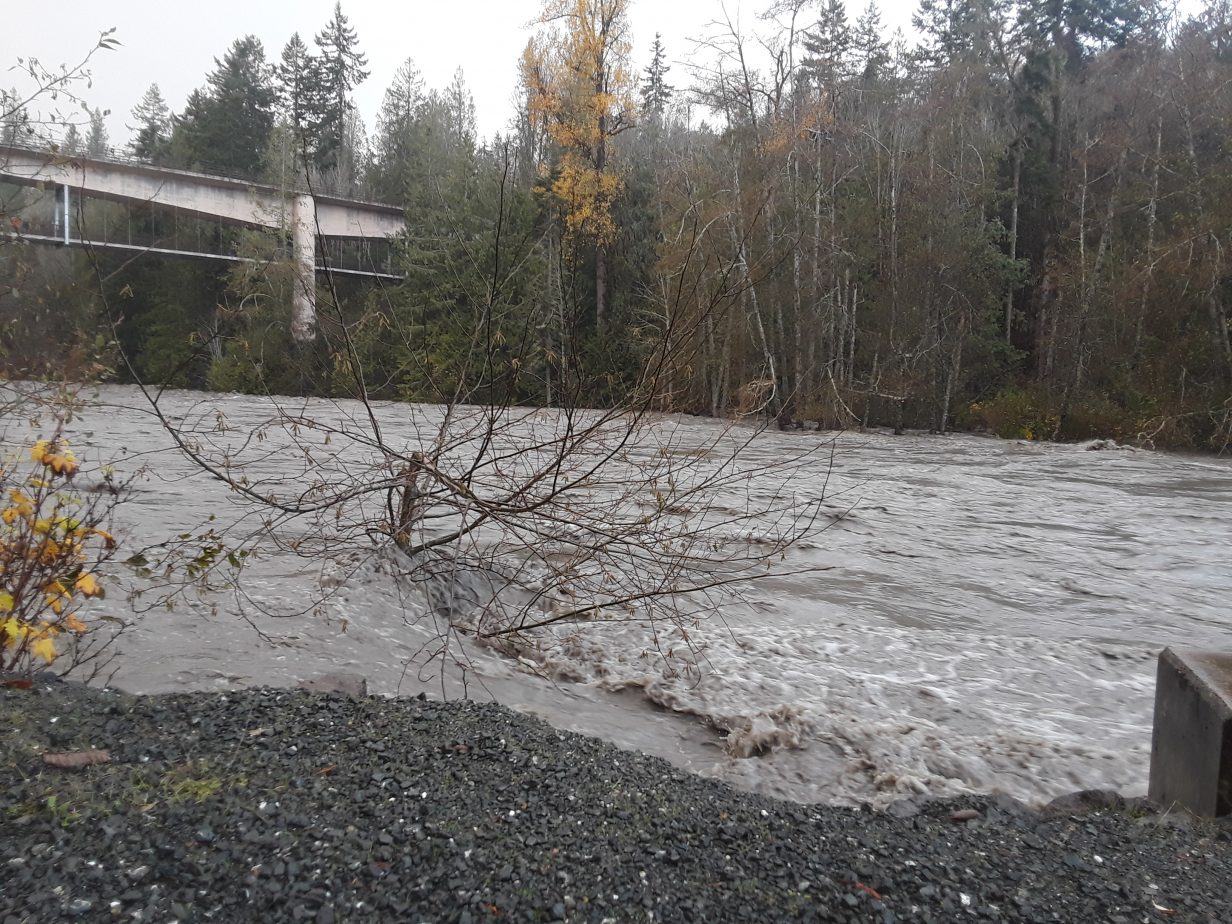 Such a future presents major challenges to communities on the North Olympic Peninsula in terms of natural resource management, economic impact, infrastructure maintenance, and food security.

Building climate resiliency is an important element in the Land Trust’s mission for conserving and preserving lands on the North Olympic Peninsula. To learn more about the Land Trust’s work on this issue, watch this presentation on Climate Resiliency Spatial Planning.