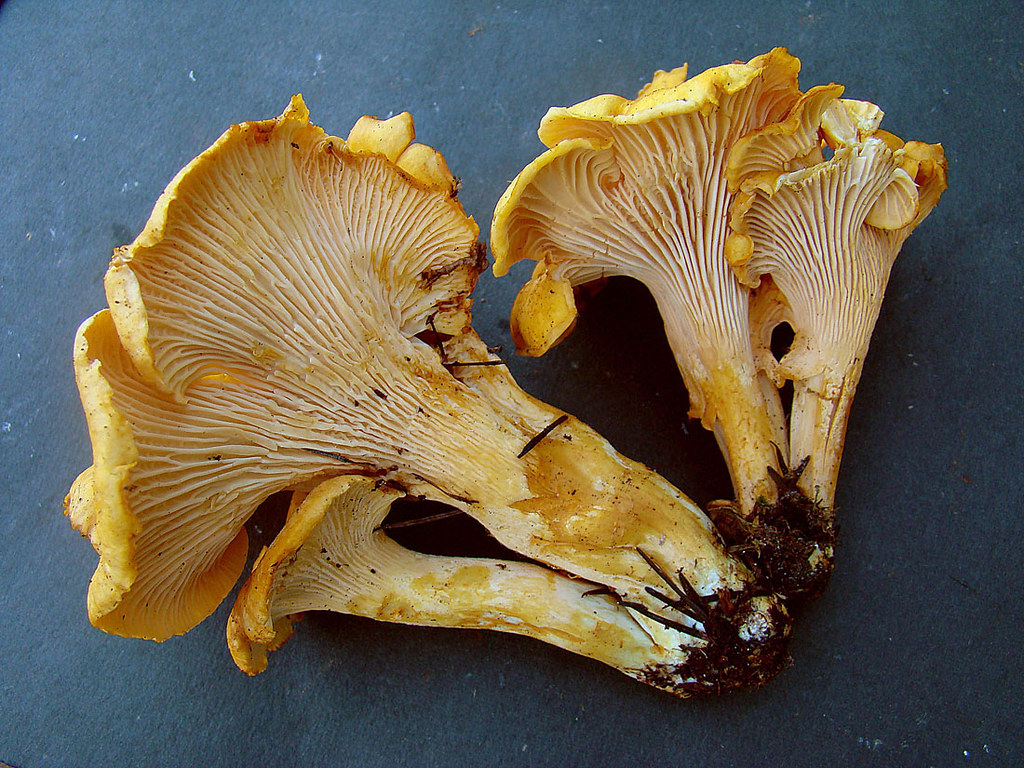 Labor Day isn’t just the unofficial end of summer and the beginning of fall, on the Olympic Peninsula, it also prompts mushroom hunters to start sharpening their fungus knives and planning their first foray into damp conifer forests to seek out chanterelles.

Their delicious woodsy flavor and meaty texture are just part of chanterelles’ appeal: it’s the adventure in hunting them that definitely gets people excited.

Like all chanterelle mushrooms, these local varieties have “false” gills that extend from a thick stem across the underside of the cap that is ridged rather than a smooth (and that has always reminded me of fluted pastry crust). 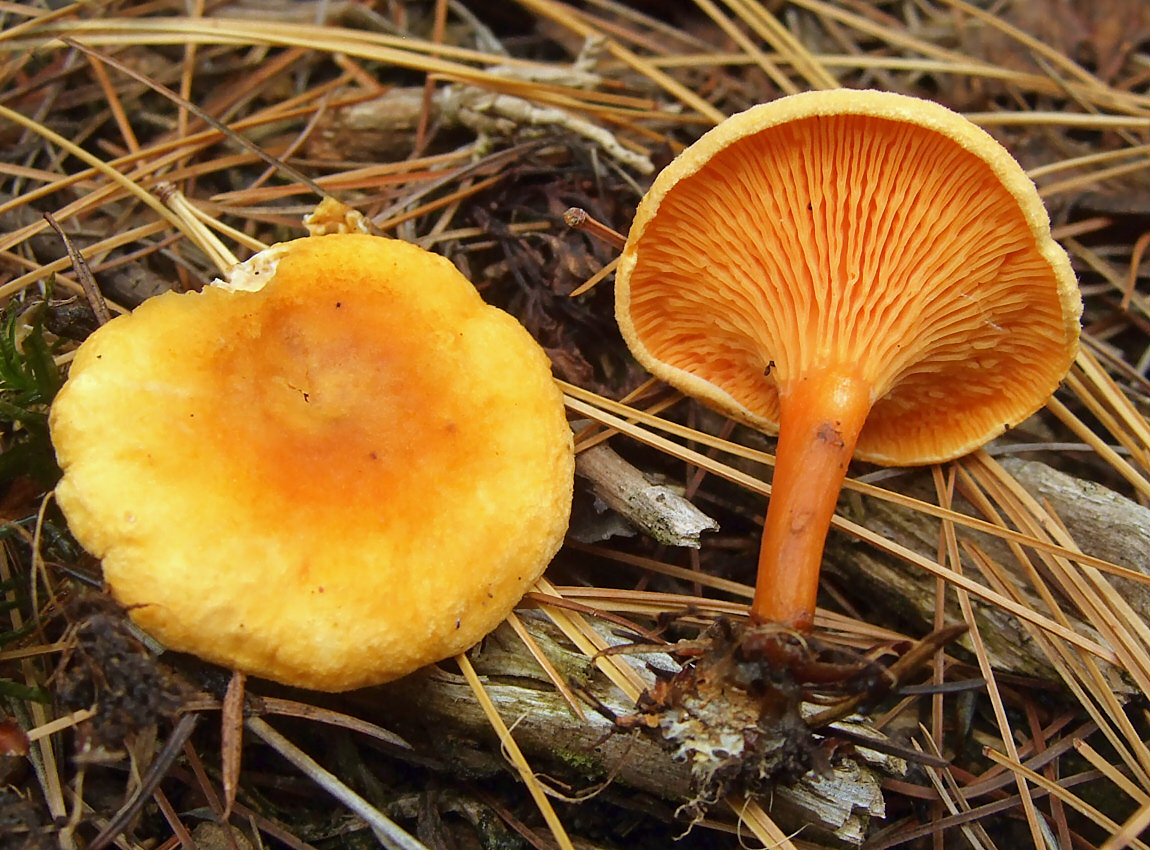 While on your foraging ramble, don’t be fooled by the fake chanterelle (Hygrophoropsis aurantiaca), which likes to grow in the same habitat as real chanterelles. The big giveaways of the fake chanterelle are its deeper orange color, rounded (rather than ridged) cap, true gills, and thinner stem. Fake chanterelles aren’t toxic, but they taste terrible. So bad, in fact, that you might not be faked out a second time when you’re on the hunt for the real thing.