Each spring, the Land Trust is thrilled to present our Out Standing the the Field award to highlight the work done within an individual or organization’s field of expertise that has positively impacted the North Olympic Peninsula and its communities. “This award allows the organization and greater community an opportunity to show our appreciation to those who help to improve the quality of life on the North Olympic Peninsula,” said Tom Sanford, North Olympic Land Trust Executive Director. 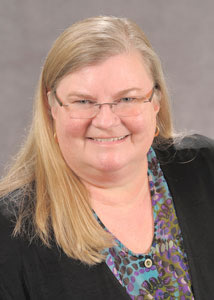 We couldn’t be more excited to honor the 2021 awardee, Kaleen Cottingham. Cottingham is retiring from her role as the Director of the Washington State Recreation and Conservation Office (RCO) this spring, and graciously offered to share some of her learnings over the past several decades, including advice for a challenging future.

Cottingham has served in state government for more than 34 years, working under four different Governors. She assumed the Director role at RCO in 2007. During her time there, Cottingham has overseen the investment of more than $1.8 billion (that’s billion with a “b!”) in parks, trails, boating facilities, wildlife areas, and salmon recovery efforts across the State. Clallam and Jefferson Counties together have received over $200 million of funding from the State’s Recreation and Conservation Office for over 430 projects since Cottingham’s directorship began in 2007. Under Cottingham’s leadership, the North Olympic Land Trust received funding and support for the Lyre Conservation Area, River’s Edge, Elk Creek, and Clallam River–four massive Land Trust initiatives with huge benefits to our community.

You won’t want to miss Cottingham’s no-nonsense words of advice, from specific actions we can take today to help protect our lands, to long term goals all of us should be working towards to support, conserve, and improve our lands and waterways. Join us at our virtual Conservation Breakfast (for dinner!) event on April 7th at 6:30 pm in celebrating Kaleen Cottingham and the work she’s accomplished across the state and especially in our own communities. 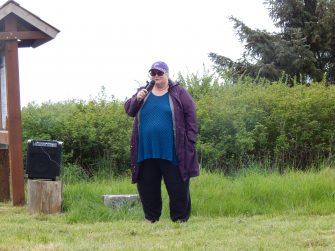 Conservation Breakfast details and an RSVP form can be found here.