The story of the Land Trust begins in 1989, when property owners in Clallam County began calling the Parks department with questions about how they could protect the habitat, resources, and aesthetics that made their lands so special. Clallam County Parks director Craig Jacobs knew that his department didn’t have funds available to buy the lands, so he met with the volunteers on the Parks board to discuss the options, including a look into the growing land trust movement that was spreading across the nation at the time.

In 1990, local attorney Gary Colley and other Parks board members scheduled a public meeting to gauge the community’s response. Citizens who attended the meeting came from diverse backgrounds, including real estate, pulp mill administration, and other local businesses. The majority agreed that a nonprofit organization would be the optimal way to help protect natural assets important to the area’s economy and ecology.

On October 22, 1990, North Olympic Land Trust was officially incorporated. An organizational meeting was held on November 15, with Colley elected as President. The board consisted of ten other members, including Marguerite Glover as Vice President, Dave Stalheim as Secretary, and Steve Mishko as Treasurer. The budget for the first full year of operation, 1991, was set at $3,040. Of this, about half would be membership dues and half would be fundraising and other contributions.

As 1991 began, Land Trust members quickly mobilized to schedule the organization’s first fundraising event. On April 13th, supporters were treated to a performance by Lee Stetson, an actor and John Muir scholar who has been portraying the famous naturalist since 1983. (Stetson is still performing the role today, you can learn more on his website: http://www.johnmuirlive.com/) The event was a success, with close to $300 netted.

The first Annual Meeting of the Land Trust was held on October 17th, 1991 at the Clallam County Courthouse. After a year, the Land Trust was still looking to protect its first property, and the goal set for 1992 was to be more proactive in targeting properties. Increased focus on fundraising was also suggested, so that land could be acquired when it was identified. 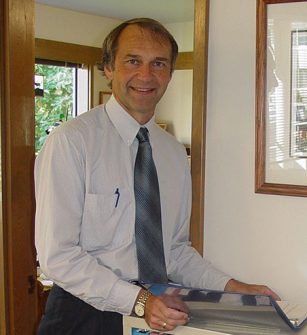 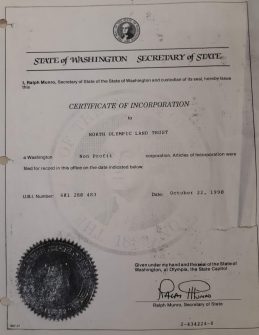 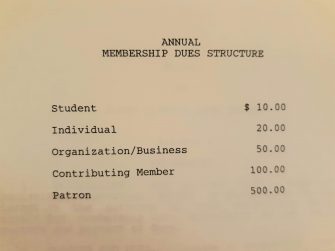 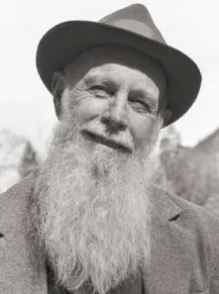