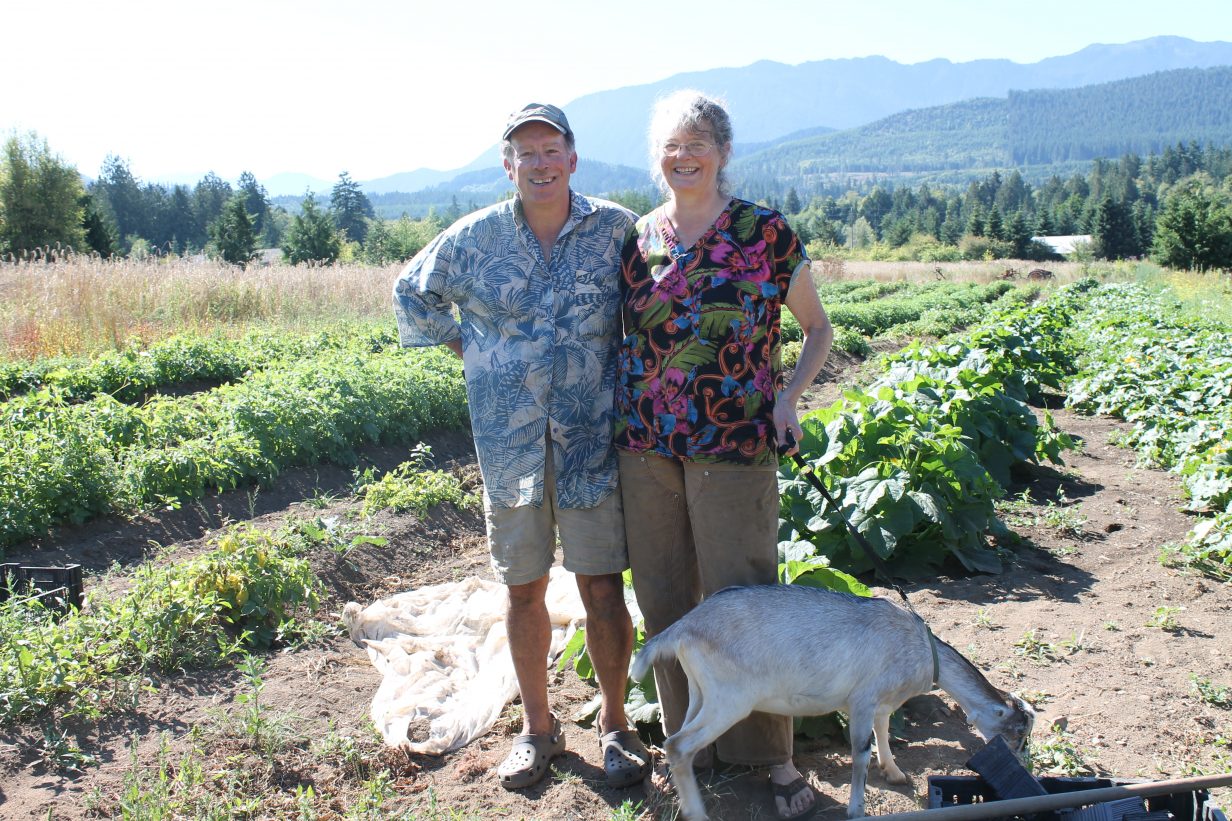 More than two decades ago, Doug Hendrickson veered from his career as an Olympic National Park ranger to farm. This decision allowed Hendrickson to be the first farmer to locally implement Community Supported Agriculture (CSA), and in doing so has helped to shape farming across Clallam County.

The farming model – CSA – creates the opportunity for families and/or individuals invest in a farm at the beginning of the season in return for weekly shares from the farm’s production.

“Doug’s leadership in establishing Community Support Agriculture on a local level has been pivotal to the success of small-scale farmers on the North Olympic Peninsula,” Sanford said.

Although Hendrickson still enjoys the areas backcountry and alpine meadows, for the past 23 years he has devoted most of his passion for land stewardship toward Salt Creek Farm – a 12-acre, certified organic vegetable and herb farm located west of Port Angeles he co-owns with his wife Lee Norton.

When Hendrickson first established Salt Creek Farm in 1992, Community Supported Agriculture was being practiced elsewhere, but no farmers within the area were doing it. By 1993 Hendrickson spearheaded the first CSA in Clallam County. Since, other local farmers have implemented CSA programs and its popularity has continued to grow. 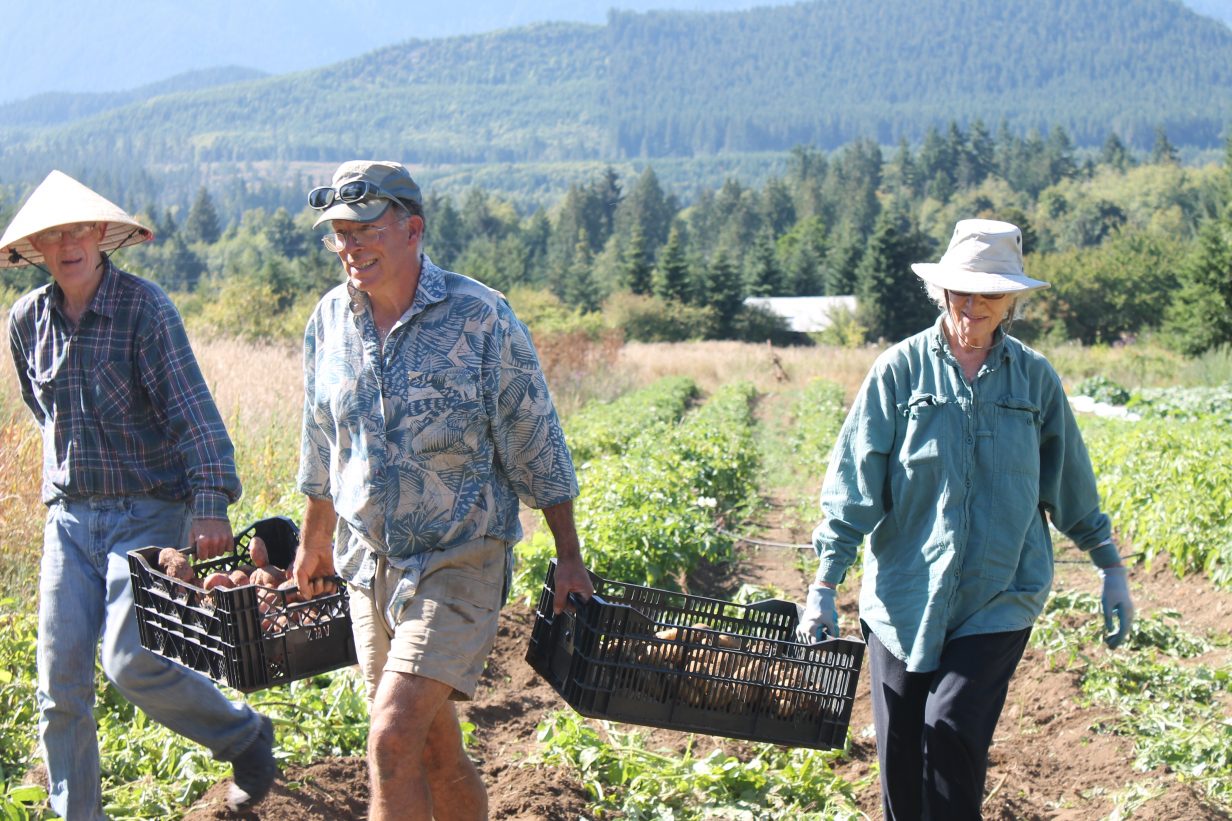 Building Salt Creek Farm with CSA at its heart aligned with Hendrickson’s interest in farming and hopes of providing a lasting community
opportunity. Not only does CSA provide a sense of security for the farmer, but it fosters what Hendrickson loves most about farming: community connections, as well as people’s connection to food, soil and the earth. 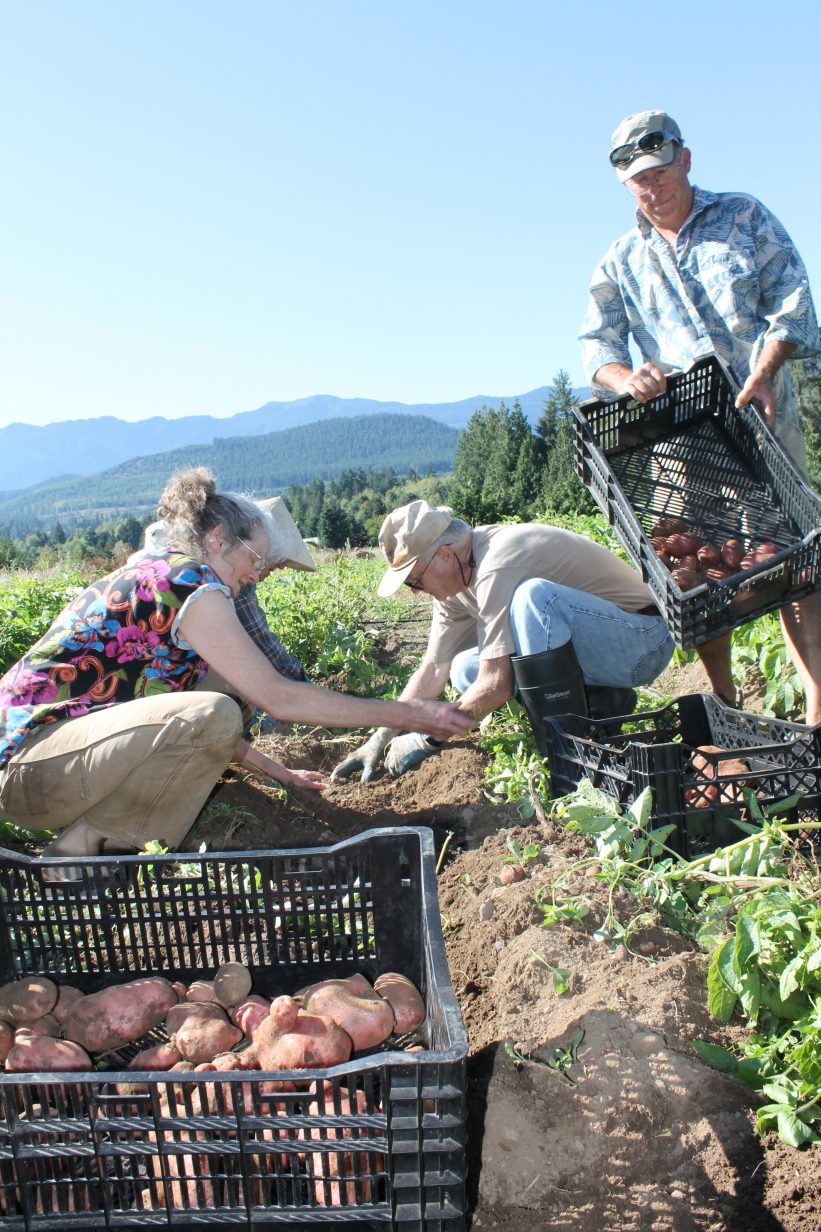 Every week many CSA members, all with differing backgrounds, visit Salt Creek Farm to both enjoy one another’s company and to share in the harvest experience.

“CSA tries to get people to think about who and where their food comes from, and how it’s produced,” Hendrickson said.

To quote the notable Wendell Berry, “’eating is an agricultural act,’” he added.

The collaborative process and insights into food production gained through CSA supports the four goals of Salt Creek Farm, which include reconnecting people to the source of their food, providing nutritious organic food for the local community, farming in a responsible and sustainable way that not only maintains but improves soil fertility and lastly, helping to revitalize small-scale agriculture on the North Olympic Peninsula.