Every winter, snowshoe hares across most of North America trade in their brown coats for a seasonally appropriate coat of fluffy white.

An ability to blend into their summer and winter surroundings is a critical adaptation that helps reduce the risk of snowshoe hares ending up as someone’s meal.

But, snowshoe hares can’t adapt as fast as the changes that have been occurring across their habitats. Shorter, milder winters with less snow create a camouflage mismatch where their white coats are more visible against the landscape.

Snowshoe hares that remain white against increasingly shorter days of snow on the ground — and less of it — make them more susceptible to predation according to studies in Ecology Letters  and Global Ecology and Biogeography. 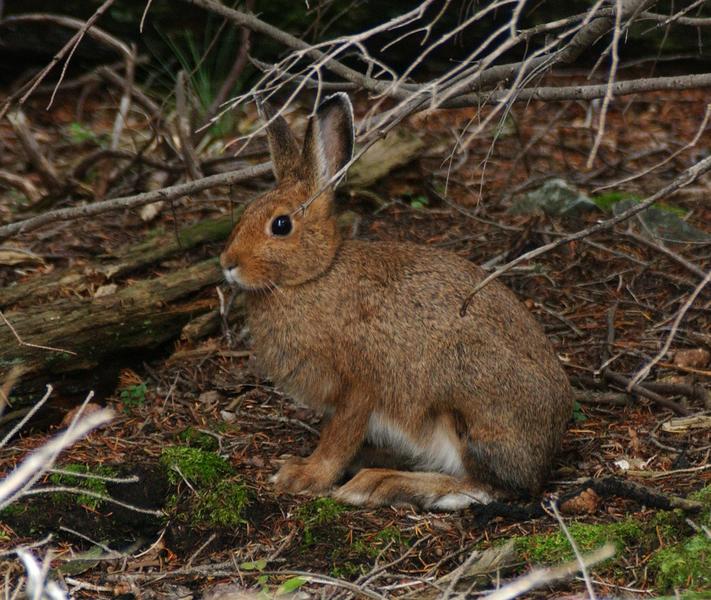 Unlike snowshoe hares (Lepus americanus) in other parts of North America, those on the Olympic Peninsula don’t shed their brown fur in the winter—although they do share the same big, furry back feet that help them navigate over snow. Snowshoe hare (Lepus americanus)/National Park Service/Flickr

This kind of phenological mismatch — when the timing of a species’ regularly occurring life events is out of whack with environmental conditions — has become more common as the climate changes, according to these researchers.

However, being out of sync with the seasons might give snowshoe hares on the Olympic Peninsula that have evolved to stay brown year-round an edge in the long-term survival game. A study in Science suggests there’s a strong genetic component underlying their ability to evolve in response to changes in temperature, which could bode well for their ongoing adaptation to a rapidly a changing environment.

This doesn’t mean snowshoe hare on the Olympic Peninsula have a clear path to survival. They are still among the favorite prey of coyotes, owls, bobcat and the Pacific fisher. Life is never easy when you’re small, cute, cuddly, and look like dinner.