It’s easy to curse the trailing blackberry if you’ve tripped over one of its low-growing vines, but easy to love it when it’s made into pie or mixed into a cobbler. In fact, this tart fruity member of the rose family is best picked right off one of its prickly stems, warmed by the sun, and popped into your mouth.

Don’t confuse the trailing blackberry with its invasive relative, the Himalayan blackberry (Rubus bifrons), which was introduced from Europe in the late nineteenth century and has been aggressively spreading throughout the West Coast ever since. The Himalayan blackberry is considered a Class C noxious weed, and is among the most tenacious invasive plants the Land Trust removes from conservation areas. 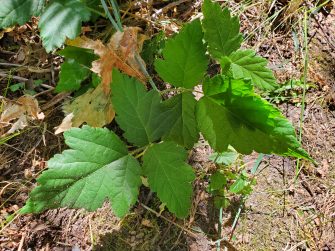 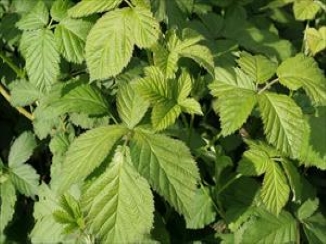 Have you observed a plant, a natural event, or wildlife that reminded you of why you love where you live? Please share it by emailing a photo to paula@northolympiclandtrust.org