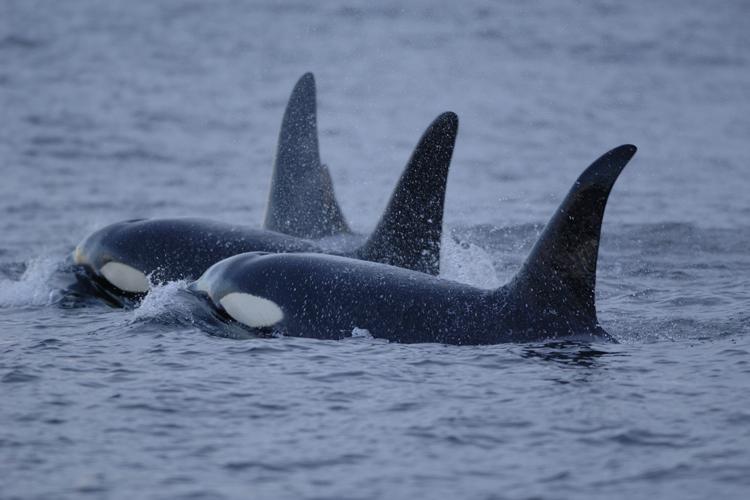 Did you know that approximately 2,500 orcas live in the eastern North Pacific Ocean? The height of summer is the best time to see orcas in Washington! Keep an eye out for both resident and transient orcas – resident orcas are found from April through October, while transient orcas are seen mostly in the summertime.

Resident orcas travel in large groups and feed only on salmon, and call the inland waters of Washington and British Columbia home. Salmon are not sensitive to the sounds that resident whales make, so they can be seen breaching, and are known to communicate with one another underwater while they hunt.

Transient orcas prefer to stick in a smaller group to hunt mammals, their exclusive food source. These orcas make their way from Alaska all the way down to California, and often frequent the Salish Sea to feed on the abundance of smaller marine mammals. Transient orcas rely on stealth to track their prey, and almost never breach or splash, nor do they communicate underwater – the mammals they hunt are able to hear their vocalizations. You’ll have to keep an eagle’s eye out to spot one of these!

More information on whale watching on the peninsula here!